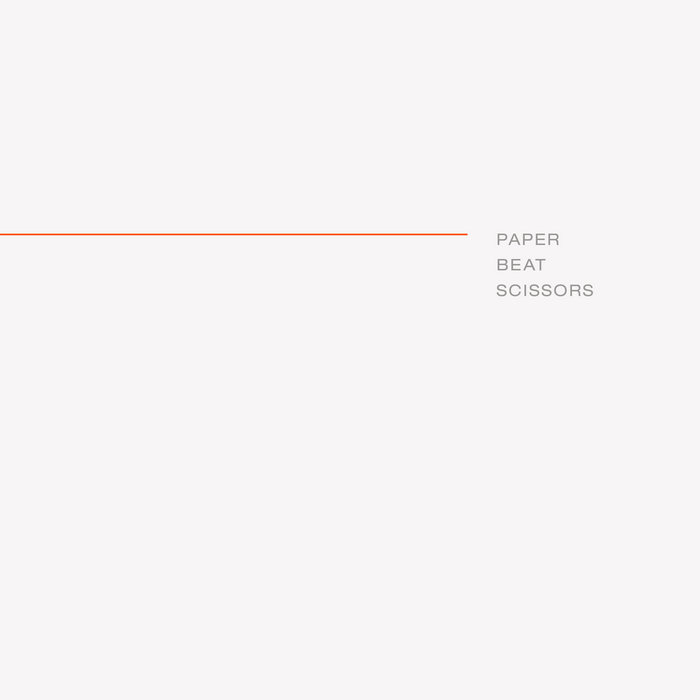 With Music In Mind

"Soars with warm folk-pop and a tongue-in-cheek smile at hypocrisy and privilege." - Atwood Magazine

"Crabtree, a singer whose songs are always deeply infused with emotion, connects with his listener on such a level that he freezes time" - Folk Radio UK

"vulnerable and earnest without slipping into sappiness" (8/10) -Exclaim!

A delicately expansive collection of chamber folk, the new album from Paper Beat Scissors reaches to far-off wonderment and far-in feelings with ease. Parallel Line explores all the mess and complexity inherent in our day-to-day existence with a quiet, wide-eyed vulnerability.

This third full length, mixed by heavyweights Sandro Perri and Dean Nelson (Beck), centres Tim Crabtree’s arresting vocal work and reflective lyrical palette to stunning effect. Each song’s movement is threaded by gorgeous string arrangements, weaving an emotional core to the record. At its centre sits a question: how is our sense of self strung within a multitude of people, places, experiences? Parallel Line unfurls as a series of (un)certainties, shot through with a visceral tenderness.

Mastered by Andy Magoffin at the House of Miracles, Cambridge, ON

Artwork and layout by Isaac Valentin

We acknowledge the financial support of FACTOR, the Government of Canada through the Department of Canadian Heritage (Canada Music Fund) and of Canada’s Private Radio Broadcasters